Hello everyone. Being busy as usual and I'm glad I'm managed to steal some of my time to update my blog. Yesterday on 1 December was World Aids Day. To be honest I never heard of this before. Come on Cas which cave do you live before?LOL

Ok ok back to the topic, World Aids day actually being celebrated since year 1988. It is celebrated to create awareness about HIV AIDS and to mourn the death of those who suffer this uncured disease. I'm sorry as I cant put a statistics about HIV AIDS here because I cant find any.LOL..I'm not sure either it become worst or less now but thats not the most important things. 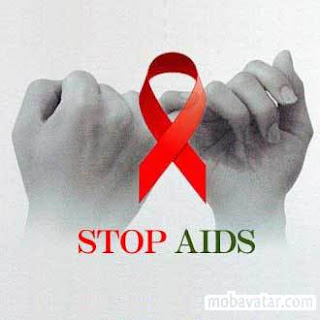 The most important thing is the awareness of our society towards this issue. I don't think our soceity really know about AIDS well. Ehem... I mean really really well. Sometimes we use to beleive the myth than the actual fact. However, to be honest I'm not really sure which one is myth which is fact.LOL... Ok let me give you one example. Back in time where I was in primary school there was a talk about HIV by a nurse. I still remember she said that you still can get infected by HIV even if you using condom during sex. Hmmm.. scary right? Yeah..but after few years I heard that using condom might safe your ass from HIV.LOL..See? Which one is true? Naaah I'm not sure but if I'm HIV positive I think I will not try to have any sex at all. Unless I have a good reason.

Some said you might get infected if you get on direct contact with the blood of HIV positive person butttttt recently I read its not entirely true unless you had a wound.  I think the second one might be more accurate but to be safe pleaseeeee do not touch the blood at all ok.

Talking about the stigma ,yes in Malaysia people might think neagtive  about you if you HIV positive but I think not just in Malaysia. But come one not everyone who is HIV positive is guilty or do bad thing. Sometime things just happen. However, I heard from the nurse that if you been found out HIV positive doctors will lead you to private room so nobody know about this. Unless they are pharmacist who is in charge of giving the medicine to you.  So your secret might be kept close.

I think thats all for now, I hope in the future our government will take the HIV issue as serious as 1
MDB issue.hahahaha... Come on its not bad at all and still better than increasing the price of everything ( too many to list down).LOL... This at least can give new hope to those who is HIV positive.

p/s: I wrote this yesterday but only manage to finished this post now.LOL
Posted by Cas187 at 07:04

Cas187
hello i'm cas. I just a simple human being.